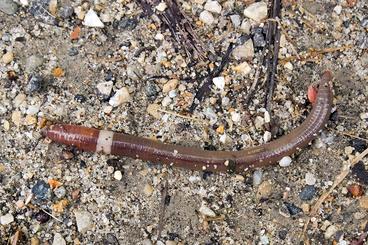 Pigmentation: The pigmentation of the worms acts as protection against UV rays.  Earthworms that feed on or come to the surface are at risk of "sunburn" that can often be fatal. Worms will vary in pigmentation depending on their feeding and burrowing activities.  Because jumping worms live and feed in the top few inches of soil they tend to have a dark pigmentation. 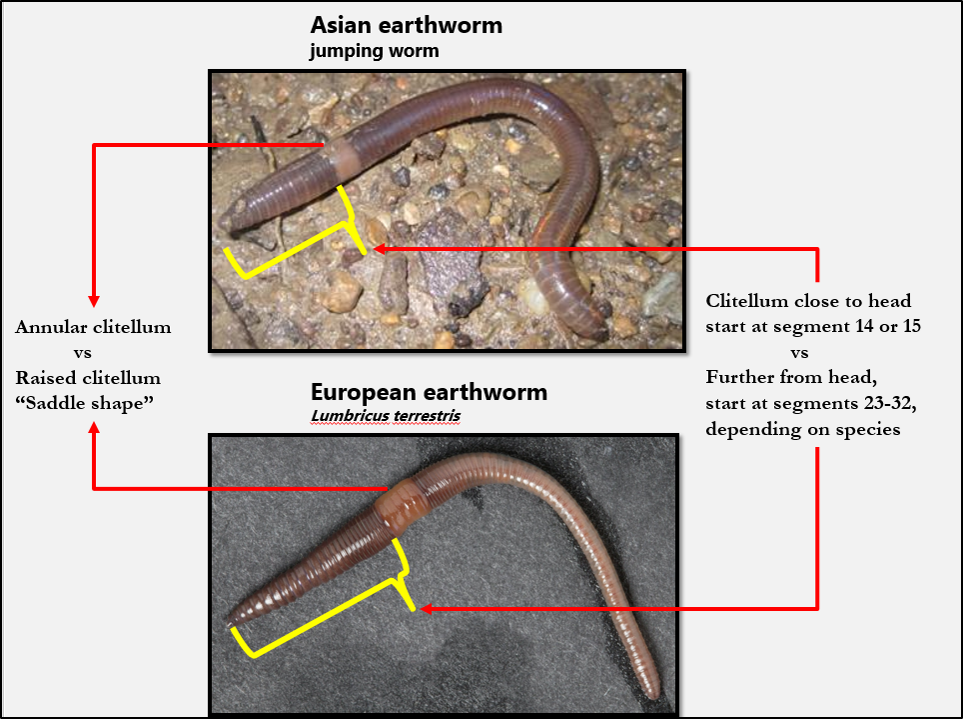 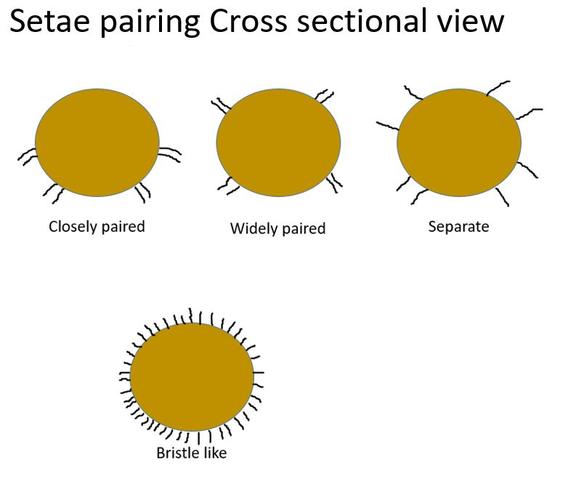 Movement: The European earthworms we are accustomed to move slowly. They inch their way forward using the setae on their body. Jumping worms have more setae which allow them to be in contact with more of the ground. They use these extra setae to move very sporadically and “un-worm-like”.

+
Where have jumping worms been found? 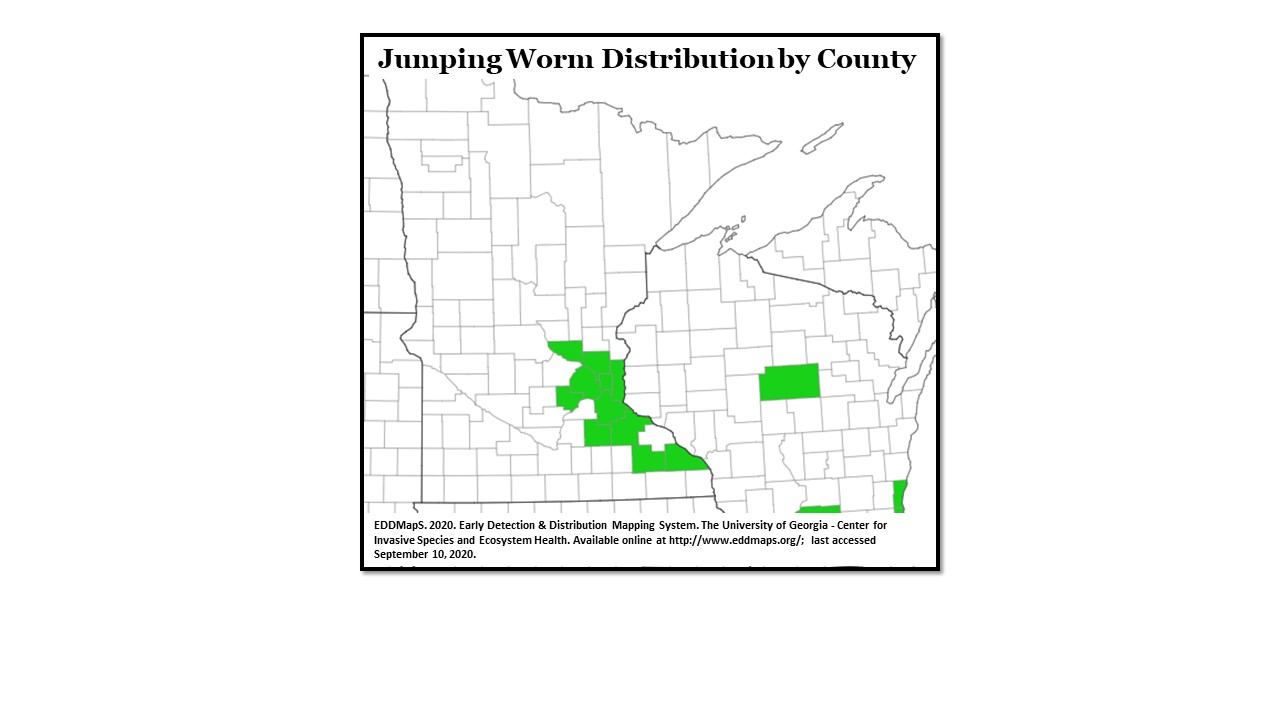